Karlštejn Castle was founded in 1348 by Charles IV, King of Bohemia and the Holy Roman Emperor, as his private residence and a place of safekeeping for royal treasures, especially his collections of holy relics and the Imperial Crown Jewels. It was probably designed by French architect, Matthias of Arras. In 1355, Charles IV stayed here for the first time, overseeing the construction and decoration work, especially of the chapels. The construction was completed in 1365 when the Chapel of the Holy Cross in the Great Tower was consecrated.

The Castle was an official residence of Charles IV and his son Wenceslas IV until 1419. As a fortress, Karlštejn Castle protected the Crown Jewels, holy relics, and royal archives until the 17th century. Over the centuries, the Castle has always been in the ownership of the King or a State institution, never in private hands. It is currently owned by the State.

After 1480, the Castle was rebuilt in the Late Gothic style and, in the last quarter of the 16th century, in the Renaissance style. During the last reconstruction that took place at the end of the 19th century (by architect Josef Mocker), the Castle gained its present appearance in the spirit of Purism.

From the car park at the entrance to the village, an uphill walk of some 2 km takes us to the Castle, which stands on a rocky hill north of the village, overlooking a side valley of the Berounka River. The guided tour includes the historical interiors of the 1st and 2nd floors of the Imperial Palace and the 1st floor of the Marian Tower with valuable furnishings from the 14th to 19th centuries (Courtiers’ Hall, Knights’ Hall with St. Nicholas Chapel, Marian Tower Courtyard, Karlštejn Castle Deanery, Emperor´s Bedchamber with St. Wenceslas Chapel, Audience Hall, Royal Hall of Ancestors and Banquet Hall, Karlštejn Castle Treasury and the former Castle prison on the ground floor of the Marian Tower). In the Castle Treasury, you can admire a copy of the St. Wenceslas Crown, the medieval crown of the Kings of Bohemia. The Well Tower (not guided, access from the Main Courtyard) is a 78-metre deep well with a unique medieval water wheel.

Plzeňský Prazdroj (Pilsner Urquell), a joint-stock company, is the Czech brewery founded in 1842, which produces one of the best beers in the Czech Republic. Prazdroj is a traditional Czech beer designation. It is the typical and historical Pilsen-type beer. For the first time in the world, this kind of beer was brewed on 5th October 1842 in the brewery in Pilsen by the German brewer, Josef Grol. Pilsner Urquell was the first light lager, which has inspired more than two-thirds of the world’s beer.

The Pilsner Urquell brewery offers tours which will impress beer fans and history lovers. You view the original locations where the famous Pilsner Urquell beer was born 175 years ago, and whose story continues to this day. From the Visitors’ Centre, you travel by brewery bus to one of the most modern bottling facilities, which processes 120 000 bottles per hour. You learn about the ingredients from which Pilsner Urquell beer is brewed. After watching a film on the secrets of Pilsner Urquell beer production, you become familiar with the unique ingredients from which Pilsner Urquell beer is brewed – soft water from Pilsen, malt produced in our facility from a special variety of Bohemian spring double-row barley, Žatec semi-ripe red hops and special brewer’s yeast. You also see the heart of the brewery and the brewing kettle in which the first batch of Pilsner Urquell lager was brewed on 5th October 1842. Thanks to the sacrifices and courage of the brewery staff, this copper kettle survived both world wars and remains preserved to this day. You also view the modern brewhouse from 2004. At the end of the tour, in the lager cellars you are invited to taste unfiltered and unpasteurised Pilsner Urquell beer tapped directly from an oak lager cask.

Plzeň, the largest city in Bohemia after Prague and an important industrial and economic centre (brewery established in 1842, Škoda works 1869), is located in the flat Plzeň basin at the junction of the Mže, Radbuza, Úhlava and Úslava Rivers which form the Berounka River, the valley of which opens the way to Prague. An important cultural centre, it has several higher educational establishments and a well-known theatre.

The city was founded and fortified by King Wenceslas (Václav) II in 1295. between the rivers Mže and Radbuza was known as New Plzeň, to distinguish it from the older settlement of Starý Plzenec (Old Plzeň) 10 km/6 miles south-east in the narrow valley of the Úslava. Situated at the junction of the trade routes from Regensburg, Nuremberg and Saxony to Prague, the city soon prospered. After the Hussite wars, during which it was besieged several times, Plzeň developed with great rapidity (in 1468 the first Czech book, the “Trojan Chronicle”, was printed here). However, a series of fires, particularly in the early 16th century, caused setbacks. During the Thirty Years´ War, Plzeň was stormed by Count Mansfeld, and in that time, the population was reduced by one half.

From the mid-19th century, Plzeň developed into a major industrial centre, known worldwide for its beer. After the Second World War, the city expanded, mainly to the east (Doubravka district) and south (Slovany district). 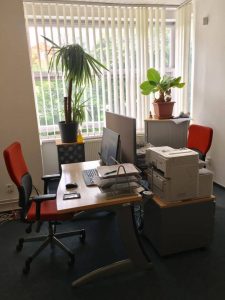