We travel west from the City of Prague. After about one hour, we reach our destination of Plzeň. This is one of the largest Czech cities, with many interesting sites to visit. Because the Czech Republic is famous for its beer, a part of the trip is also a visit to the local Pilsner Urquell Brewery, which produces one of the most delicious Czech beers. After the tour we return to Prague. 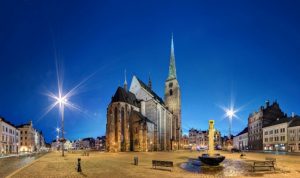 Plzeň, the largest city in Bohemia after Prague and an important industrial and economic centre (brewery established in 1842, Škoda works 1869), is located in the flat Plzeň basin at the junction of the Mže, Radbuza, Úhlava and Úslava Rivers which form the Berounka River, the valley of which opens the way to Prague. An important cultural centre, it has several higher educational establishments and a well-known theatre. The city was founded and fortified by King Wenceslas (Václav) II in 1295. Situated at the junction of the trade routes from Regensburg, Nuremberg and Saxony to Prague, the city soon prospered. During the Thirty Years’ War, Plzeň was stormed by Count Mansfeld. In that period, the city’s population was reduced by a half. From the mid-19th century, Plzeň developed into a major industrial centre, known worldwide for its beer. After the Second World War, the city expanded. 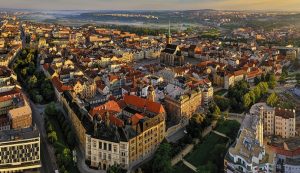 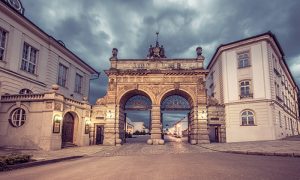 The Plzeň Brewery, the old Bürgerliches Brauhaus founded in 1842, is the oldest and largest of Plzeň´s breweries. Plzeňský Prazdroj (Pilsner Urquell) produces one of the best beers in the Czech Republic. Prazdroj is the traditional Czech designation of beer. The Pilsner Urquell Brewery offers tours, during which you will see the bottling facilities, a short movie on the secrets of beer brewing, brewing kettles and much more. At the end of the tour, you can taste unfiltered and unpasteurised Pilsner Urquell beer.