During this trip, you visit Chodsko – a region in western Bohemia, where the local traditions have been preserved. One of the oldest folklore festivals in the Czech Republic takes place in the town of Domažlice, the centre of Chodsko. Visit Chodsko to savour the atmosphere of this charming region. 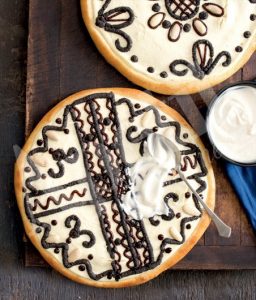 Chodsko is a historical ethnographic area in western Bohemia. The centre of this region is the town of Domažlice. The original inhabitants of Chodsko were free peasants who were responsible for carrying out an armed guard service on the Czech western border. For this service in the 14th to 17th centuries, they enjoyed the privilege of being given an exceptional position in the feudal system.

Very valuable folk traditions have been preserved in Chodsko. One of the traditions is the multi-coloured folk costume and a wealth of folklore influenced by Bavarian folklore. Traditional dialects and customs have also been preserved. The bagpipe is a distinctive musical instrument. Folklore is presented at various festivals, such as the Chodské celebrations in Domažlice. You can also view original folk architecture, e.g. in the villages of Mrákov, Postřekov, Trhanov and Klenčí pod Čerchovem. To this day, various folk crafts are still actively practised e.g. lace-making, bobbin-making, traditional folk ceramics with a distinctive pattern, and the production of typical local pies.

The Chodské celebrations are among the oldest and largest ethnographic celebrations in the Czech Republic. They are attended by visitors from the Czech Republic as well as by foreigners. Every year, the organisers welcome 600 performers – soloists and members of folklore groups from our country and abroad. The celebrations also include Vavřineček– the famous Mass on Veselá Mountain – which takes place in the open air on Saturdays and Sundays. The event is accompanied by an Old Czech market in the town centre.